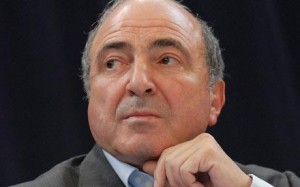 The father of Aleksandr Litvinenko, who was killed by Polonium-210 poison in London in 2006, has told British investigators whom he believes was behind the crime. He named Litvinenko’s former boss Boris Berezovsky and one of his associates.
The allegations are part of a video report sent to the New Scotland yard by Valter Litvinenko, who currently lives in Italy. RT has received a copy of the tape.

“It was Berezovsky and Goldfarb. That’s it. Goldfarb knows all about atomic energy. How do you think Aleksandr was first infected with Polonium-210? Why do you think this case has been dragging for so long? Why has there been no court case? Because they don’t have anything, and if a real court case were to open, it will become apparent who was behind it!” the man said.

Boris Berezovsky is an exiled Russian tycoon, who was found guilty of embezzlement in Russia in an absentia trial. He is currently living in Britain, where he enjoys political asylum.

Berezovsky employed Litvinenko, who took part in numerous campaigns the billionaire waged against the Russian government.

Aleksandr Goldfarb is the head of Berezovsky’s Civil Liberties’ Fund. In the weeks prior and after Litvinenko’s death he took the role of an unofficial spokesman for the man, putting the blame for the crime on the Kremlin.

The British investigation into the murder of Litvinenko is currently stalled, with the only established fact so far that he died from poisoning by radioactive element Polonium-210. Britons suspect businessman Andrey Lugovoy of being the killer and want him extradited to UK for trial. Russia refused to do it, because such a move is forbidden by the Russian constitution, and suggested hosting a trial on its soil instead. Britain would not accept the offer.

Valter Litvinenko believes the long time it takes for the case to be solved is due to Berezovsky putting leverage on the process.

“Berezovsky pays money to some high personas up there. Everyone is covering everyone! My boy Sasha was just a card in the hands of England. I want to return to Russia to seek justice for my son’s death,” he alleged.

Valter Litvinenko initially took an active role in the campaigning, giving interviews and accusing Russian secret services of killing his son. When the case ceased to make world media headlines, he and his family moved to Italy, where they tried to start a business with money they received from Berezovsky as aid.

However in February he gave interviews to several Russian TV channels, including RT, stating that his former allegations were false and motivated by grief and blind hatred.

In late April he pledged to name the killers of his son, saying Aleksandr had managed to write an important message shortly before passing away. The only post-death note said to be authored by Aleksandr Litvinenko, which circulated in the media, accused Vladimir Putin of ordering the poisoning. Valter Litvinenko called it a fabrication.

Britain’s main suspect in Litvinenko case, Andrey Lugovoy, recently passed a lie-detector test, which was part of a documentary film on Litvinenko’s death. The British expert who conducted the interview deemed that Lugovoy was truthful when he said he was not involved in the murder.

This, however, could not be presented to a British court as proof of Lugovoy’s innocence if he were to be put on trial for the murder.