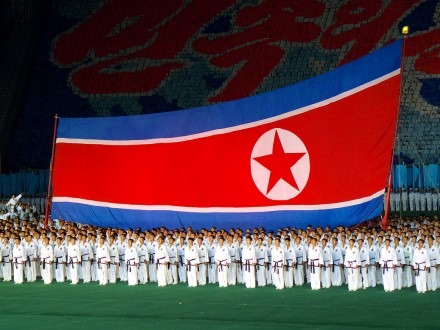 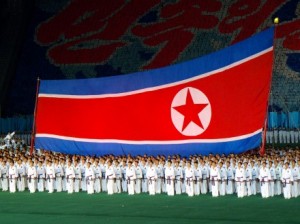 Pretending nothing is wrong in North Korea is a mistake. But if great power conflict is to be avoided, there are a few things that the U.S., China and South Korea must not do.
Related Feature.
The announcement of Kim Jong-un as Supreme Commander of the Korean People’s Army is one more step in the process of Pyongyang’s efforts to consolidate power as quickly as possible after the sudden death of Kim Jong-il. It’s fairly certain that the proliferation of pronouncements and titles given to the young Kim are manifestations of a terribly rushed succession process. Something that they hoped could be done over the course of a decade or more has suddenly been set in motion.
Many Western analysts believe North Korea has been planning such a succession for a long time and they are therefore methodically carrying out the power transition step-by-step. I don’t think this is right.

The funeral for Kim Jong-il was carried out methodically because the regime had a blueprint from the 1994 death of Kim Il Sung. They have no blueprint for a rushed dynastic succession. They are making it up each day. Some argue that a “leadership by committee” should work in North Korea to compensate for the inexperience of the junior Kim. But never in the history of North Korea have they ever ruled through compromise within a committee. This would be a feasible outcome only if we completely discounted all past history and knowledge of the regime.

Some, meanwhile, say the leadership will survive because all the leaders within the system want to survive. We could have said the same thing about all the fallen leaders in the Arab Spring, and yet they didn’t.

Many analysts have pitched different theories about what may be happening inside the dark kingdom. And even more analysts have mused about what policies the United States, South Korea and China should be undertaking. For a start, some have said the U.S. and South Korea should have had better intelligence about the elder Kim’s state of health. Others, myself included, say that China will align itself even more closely to Pyongyang in order to effect a successful transition.

Because there’s so much uncertainty about the situation, it might be more useful to think about things that the United States, South Korea and China should not be doing. Often in international relations, the most likely cause of instability when clear information is absent is miscalculation on the part of different parties. So what must the parties avoid going forward?

First, the United States shouldn’t be treating the situation in North Korea as “normal.” An early State Department podium remark in the aftermath of Kim Jong-il’s death intimated that all was calm and that a leadership transition to Kim Jong-un was predictably underway. This was unhelpful on two counts. For a start, it implied that the United States had already recognized the young Kim as the new leader when others in the region, including allies, had not.

But it also gave the impression that Washington wasn’t treating the situation seriously and was distracted by other issues, such as the budget battle, the withdrawal from Iraq and starting Christmas vacations. Washington should also not assume that either Beijing or Seoul will remain in a wait-and-see mode with North Korea. China sees as much opportunity in the current vulnerability of North Korea as they see uncertainty. And for Seoul, there’s nothing that hits at the core interests of Koreans more than the opportunity for potential change in North Korea. South Korea is a stalwart ally, but this is about blood, not politics.

Second, China shouldn’t dismiss dialogue with South Korea and the United States about the evolving situation in the North. Thus far, China has reacted with typical closed-mindedness, revealing little information that it might have about Kim Jong-un and expressing unconditional support for the leadership transition. The South Korean six-party negotiator, Lim Sungnam, took the initiative to reach out to the Chinese in the aftermath of Kim’s death, and yet Beijing did little to take advantage of this diplomacy to enhance dialogue and build trust with Seoul.

This is unfortunate. Whatever China may see as its interests in North Korea, it won’t be able to achieve them without cooperation from Seoul and Washington. As Beijing continues to support the current leadership transition, it shouldn’t allow itself to be seen as an advocate of keeping the peninsula divided. Many posit that a “leadership-by-committee” is the likely direction of the post Kim Jong-il government. But never before in North Korea’s history of totalitarian, personality-cult leadership has anything like this been attempted. Should this fail, it would hurt Beijing’s long-term position in the region dramatically if it were seen as the last great power to support a divided Korea.

Finally, South Korea must avoid the temptation to act unilaterally. This is hard for Koreans to hear. After all, this is their peninsula, and while political flux in North Korea is a foreign policy issue for China and the United States, it’s about life and death for Koreans. But in every scenario game I have played on exactly this contingency, the spark for major power conflict in Korea has been South Korean unilateral actions that spark an action-reaction spiral between the United States and China.

This must be avoided at all costs. Seoul must also avoid Chinese efforts to use the current situation in the North to lure Seoul away from Washington. South Korea is in a vulnerable situation: it’s desperate for information about the situation in North Korea and the Chinese are the only ones who have eyes on the ground. Beijing may try to exploit this vulnerability and cut deals with Seoul without Washington.

This would be a grave mistake. Not because of the damage to the alliance, but because South Korean and Chinese interests are not in sync – China in the end doesn’t want to see a unified Korea; South Korea does. This can’t be forgotten and it informs all of Beijing’s policies to the two Koreas going forward.

In the weeks and months ahead, others will no doubt offer much advice on what governments should do. But with North Korea, remembering some important don’ts could be just as important. 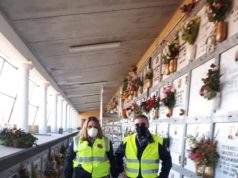 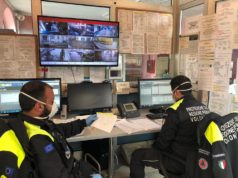 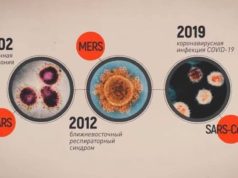