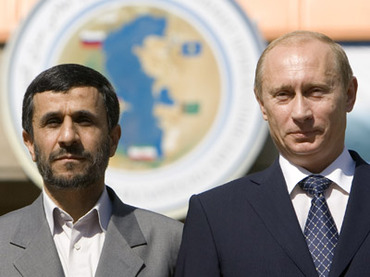 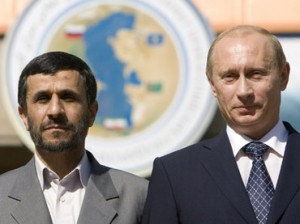 President Vladimir Putin stressed at negotiations with Iranian leader Mahmoud Ahmadinejad on Thursday that Russia has always supported Tehran’s right to develop a civilian nuclear industry.
The Russian leader pointed out, however, that Iran’s atomic program must be strictly for peaceful purposes.
“We have always supported the Iranian people’s right to have modern technology, including the peaceful use of nuclear energy,” Putin said. “But I would like to stress that this must be precisely for peaceful purposes.”
Putin, reiterating Russia’s firm position on the proliferation of weapons of mass destruction, said he also acknowledges Iran’s commitment to nonproliferation.
“We are very consistent in our commitment to nonproliferation of weapons of mass destruction, but we also know your positions and the position of the entire Iranian leadership that Iran is not working on creating nuclear weapons,” the Russian president said. “We proceed from this very position.”
Meanwhile, Iranian President Mahmoud Ahmadinejad after negotiations with his Russian counterpart said that current global challenges call for more joint work between Moscow and Tehran.
“The situation in the region and the world requires more serious and broader cooperation between Iran and Russia; in other words, Iran and Russia are on one side of the barricades,” Ahmadinejad said. “There are people opposing progress and development both in Russia and in Iran.”
The Iranian leader added that such cooperation may “contribute to regional stability and security, especially as NATO is eyeing the East.”
Ahmadinejad then pointed to Iran and Russia’s history of solid relations.
“We have a good experience and a history of bilateral cooperation,” he stressed. “We are friends and neighbors, so we must cooperate and broaden this cooperation.”
Then, perhaps referring to crippling economic sanctions that have been slapped against Iran, Ahmadinejad said his country is prepared to cooperate with Russia in diverse areas such as trade, mutual investments, culture and tourism.
He also mentioned cooperation in the Caspian Sea region – both Russia and Iran have a long border along the sea.
“The Caspian Sea region is a good floor for bilateral cooperation,” he said. “I believe Russia and Iran may reach mutual understanding and invite other countries to join them. We have the possibility to use the entire potential of the Caspian Sea basin.”
Ahmadinejad also said he was “very much interested” in a visit to Moscow.
Earlier, Russian Foreign Minister Sergey Lavrov said that Russia, which has made concrete proposals for solving the Iran nuclear issue, is against the idea of imposing additional sanctions against Tehran.
Speaking to journalists in Beijing on Wednesday, Lavrov said Moscow is preparing for another round of talks between Iran and the P5+1 group in the Russian capital on June 18-19 and would like them to be constructive.
“Transferring this situation from the negotiations track to the track of forcible sanctions would not be in anyone’s interests,” the Russian minister said. “We consider additional sanctions absolutely counterproductive.”
Moscow is maintaining regular contact with Tehran regarding the situation, which has caused a heightening of tensions between Iran and the United States and Israel.
Furthermore, Russia believes that unilaterally imposed sanctions by particular countries undermine collective efforts toward settling the issue, he said.
“We are against any further unilateral coercive measures,” he said. “There are concrete proposals on the negotiating table. They are based on an approach proposed by Russia, which envisions step-by-step and reciprocity principles.”
Lavrov stressed, however, that it was up to Tehran to start the process.
“In line with this approach, we expect Iran to make the first step and prepare itself as the 5+1 group and international community members consider various reciprocal steps to accommodate Iran,” Lavrov said.
The approach would entail no new sanctions against Tehran, and a gradual lifting and freezing of those in effect now, he added.
This approach “has been approved by the P5+1 group, and the concrete proposals…have been passed to the Iranians. They will be considered at the Moscow meeting,” Lavrov confirmed.
Considering that the negotiating process has been resumed, the minister disagreed that the previous rounds of talks in Istanbul and Baghdad should be labeled failures.
“We have achieved quite a lot: we have started a negotiating process that had been suspended for nearly two years,” he said.
“We have every reason to presume that, if we all take a fair approach toward this negotiating process and if we do not try to pursue our national narrow-egoistic ends that have nothing to do with nonproliferation of nuclear weapons, we can agree on further meetings, because Moscow (the meeting in Moscow) surely cannot resolve everything immediately,” he said. 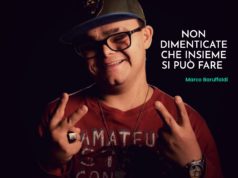 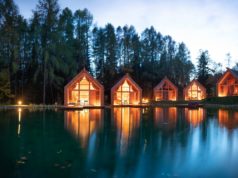 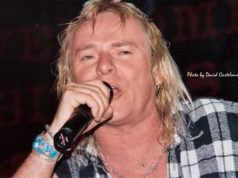